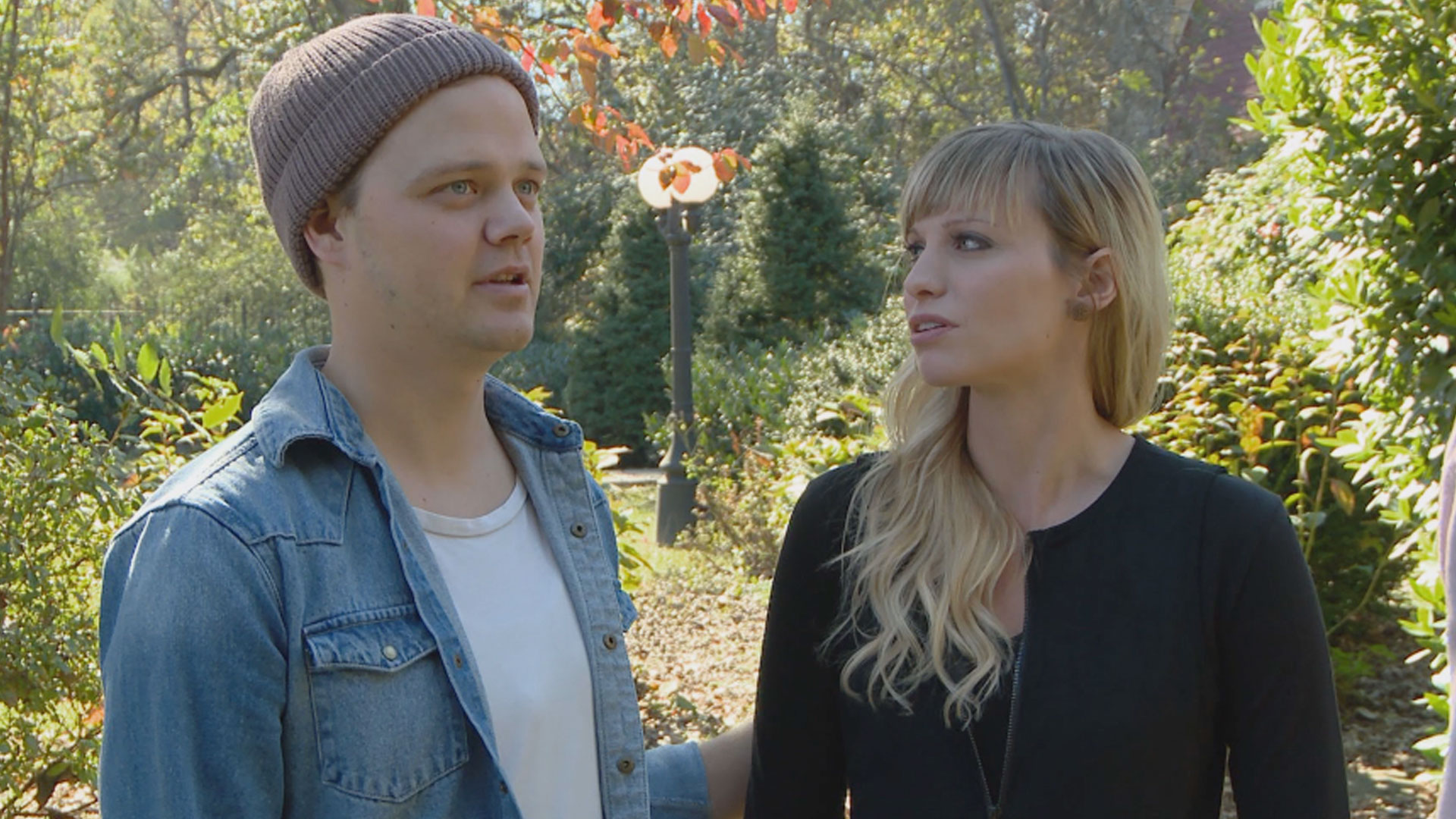 Eric and Cami were high school sweethearts in Spokane, WA, and got married when she was just 18. Nine years later, they own a home in Spokane, and are in the middle of building a dream life. Cami has a magnificent singing voice, and has formed a duo called The Sweeplings with another singer/songwriter who hails from Huntsville, Alabama. They’re getting noticed, and their touring calendar is filling up fast. Cami and Eric have no plans to leave Spokane, but they need a second home in Huntsville where they can crash while Cami is recording and performing in the South. They think a tiny home might be the perfect answer. But will the Huntsville, Alabama tiny home market offer up the place they need? Time will tell.

By submitting your information, you agree to receive emails from FYI and A+E Networks. You can opt out at any time. More details:
Follow #TinyHouseHunting