Khloé Reflects on Her Dad’s Relationship with O.J. Simpson

Thad Morgan
Khloe looks back on her dad’s reaction to the O.J. Simpson trial and his relationship with the athlete in this clip from Episode 6, “The Deep Dish."

It’s pretty amazing how the Kardashian name has remained part of the cultural zeitgeist from the ’90s to today. The Kardashian that first entered our living rooms was in association with the infamous O.J. Simpson case.

In 1994, former Heisman Trophy winner O.J. Simpson was charged with the murder of his ex-wife Nicole Brown Simpson. Simpson called on his former USC roommate, Robert Kardashian, to defend him in the court room.

Khloé took a minute out of her usual stellar hosting duties to talk about her dad Rob Kardashian and his relationship with “The Juice.”

“My dad was very loyal and…whatever their conversations were he never shared with us,” said Khloé. “Whether that was for legal reasons or for friend reasons, I respect it either way.”

Kardashian goes on to say she doesn’t exactly know what was going through her dad’s head during the case. However, there was a certain expression her dad Robert Kardashian made in the courtroom that lots of people picked apart, including KoKo. 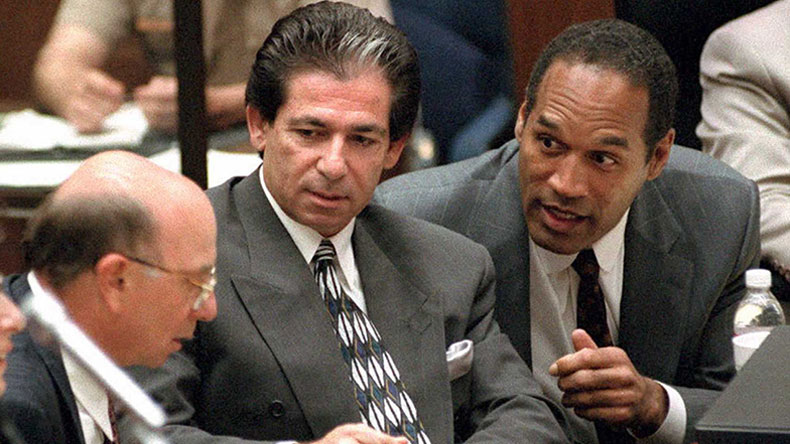 “Everyone saw that look on my dad’s face, and I don’t know what that meant,” she said. “He always just kept that as their relationship, and just [closed] that chapter and wanted to move on. He didn’t want to do the civil suit because he wanted his life back, which is totally respectable.”

Check out this story and more from guests Carmen Electra, Ross Matthews, JoJo and Jazsmin Lewis on this week’s episode of Kocktails with Khloé,.

Fact Check We strive for accuracy and fairness. But if you see something that doesn't look right, contact us!

By submitting your information, you agree to receive emails from FYI and A+E Networks. You can opt out at any time. You must be 16 years or older and a resident of the United States. More details:

By submitting your information, you agree to receive emails from FYI and A+E Networks. You can opt out at any time. You must be 16 years or older and a resident of the United States. More details: