Michael Chernow began working in restaurants as a teenager in New York City. He has since built a successful career in the industry, including eight years at Frank Prisinzano’s eponymous flagship restaurant, Frank, and later graduated from the French Culinary Institute with honors and an associate’s degree in both Culinary Arts and Restaurant Management. In 2010, Michael teamed up with his childhood friend Daniel Holzman and debuted The Meatball Shop in New York City’s Lower East Side, which was an instant hit and five more locations opened in quick succession. Michael also co-authored The Meatball Shop Cookbook, which was published to much acclaim in 2011. A passionate fisherman since childhood, Michael combines his love of fishing and his culinary expertise with his new restaurant Seamore’s, which recently opened in the Nolita neighborhood of New York City to immediate acclaim. 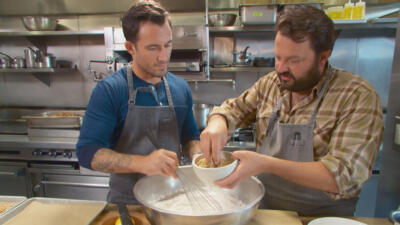 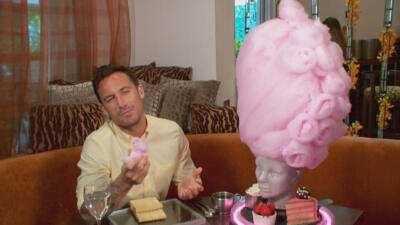 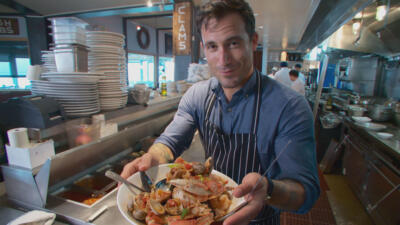 S 1 E 4 Mammoth Dishes Worth Waiting For
See All
By submitting your information, you agree to receive emails from FYI and A+E Networks. You can opt out at any time. You must be 16 years or older and a resident of the United States. More details:
Follow #FoodPorn